3 Sports Stories You Can Tell Your Team

Throughout the history of sport we will always find great leadership lessons that we can take advantage of to transfer to any other professional field.

Many of these situations can be transformed into metaphors that help explain to athletes or professionals the most vital aspects of a team. Every metaphor is a powerful tool that helps to reinforce the daily habits of a team, which become the raw material with which the culture of a team and an organization is built and consolidated.

1. John Wooden and the UCLA Bruins

This legendary basketball coach , who managed to win his team the United States College Championship seven years in a row since 1967, followed an interesting ritual at the beginning of each season. He sat his players in the locker room and spent a long time teaching them how to put on socks. “Check the heel area. We don’t want any wrinkles left there… The wrinkle will cause blisters and those blisters will make them lose activity time, and if they are really good, that loss of activity can end with the coach fired.

Far from teaching them to put on stockings, the learning that underlies this anecdote is in doing well the simplest and most basic things of our work, taking care of details, self-care and taking care of the team. 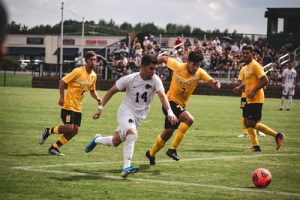 “Only by knowing yourself can you be an effective leader”

Legendary NFL coach took over a drifting team and succeeded in making them an NFL champion team in the 1960s. Lombardi blindly believed in the idea that personality and personality develop from self-knowledge. integrity, components from which leadership is born. Each start of the season Lombardi gathered his players and began his first talk in the same way: “Gentlemen, this is a soccer ball.”

All beginnings require making a plea to humility. It is from there where you can begin to build the collective personality of a team, its culture.

3. The collective discipline of the All Blacks

After a clash between the All Blacks and Wales in June 2010, journalist James Kerr was stunned by an example of discipline that explains why this team transcends sport and has become the best example of a high-performance team .

And as the players say “it’s about not waiting for someone else to do your job. It teaches you not to wait for things to be given to you (…) If you have personal discipline in your life, you will be more disciplined on the pitch. It won’t always make you win, but it will certainly make you better as a team in the long run.

Samut Prakan Customs United FC has not looked at roughly the same success other teams; the club returned foresees the creation of a sustainable team…Read more